2015   Introductory  and  Advanced  Seminars in  Holistic  Massage  at   Obirin Hotel near Tokyo in  September  with new Japanese Organiser  Yuko  Okada.
Private sessions planned in Yokohama ( Motomachi),  Chiba,   and other locations to be confirmed.  Magic of the Chakras seminar planned for Tokyo in October
Attended seminar on  BODYTALK  presented by Katharina Kroeber at Findhorn, and also a second   ENNEAGRAM   seminar  with Robert Holden.

2014   Private sessions of Holistic Massage offered in  Yokohama : also Chiba prefecture and possibly Osaka area.
After  I  translated together with  Yoko Koike  the Japanese Manga book originally written by  Naoko Mori  about her experiences
attending the Findhorn Foundation community,   the English version of this  book is now available at the Phoenix shop on campus.
Attended  seminar on the   ENNEAGRAM   system,   presented by  Robert Holden at Findhorn.

2011    Massage Seminars taught in Forres in April.
Interview with Japanese "ANEMONE"  magazine May edition, about my Holistic Massage.
Seminars presented in Megamiyama Life Centre ,Basic and Advanced.
Seminar on Magic of the Chakras taught in Tokyo again at Pelette Salon.
Interviewed by Alex Satomi Hino for Japanese magazine "Mr PARTNERS" about my massage practice.
Invited to Kyushu to give sessions in Fukuoka and at JUST-S School in Kumamoto, and give evening presentation about Findhorn Foundation.
Invited to Kyoto for the first time to give private sessions.

2010   Workshops taught in  Forres,  Plus Basic Introduction and Advanced seminars at both Megamiyama Life Centre and Ishigaki island JAPAN, and for the first time a Basic Introduction workshop in Okinawa JAPAN.
Also a **NEW** seminar to be taught in Tokyo on the Chakra System, including many meditation and visualisation exercises and chakra dance.

10th anniversary of my teaching my massage methods in Japan ; it was my first location to instruct students

OUTSIDE MEGAMIYAMA LIFE CENTRE  IN WINTER

Interviewed by HANAKO lifestyle magazine in Osaka, to talk about my holistic approach to healing, featured in February 2007 edition article about complementary therapy.

Commissioned by Dorota Owen to write about Holistic Massage for her book about techniques of stress relief entitled âMeditations for Mad Momentsâ , to support Manila-based charities.

2002 Invited to teach Holistic Massage workshops at Salisbury Centre, Edinburgh (March and November) and again for fourth time in Japan.(September) 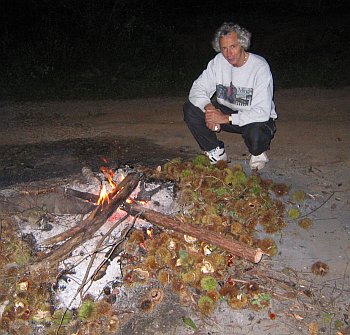 2001 Third visit to Japan for Holistic Massage workshops - both introductory and advanced programmes.

Licensed by Grampian Massage School to practise as Remedial and Sports Massage Therapist after gaining Diploma.

1998 Invited by Dr Brian McMullen, a local GP, to provide massage therapy sessions at a course entitled "The Wounded Healer", for Medical Doctors in North Scotland.

Started to receive referrals by local doctors' clinic for patients with conditions such as Fibromyalgia and Arthritis.

1996 Obtained certificate in Kinesiology and Touch for Health 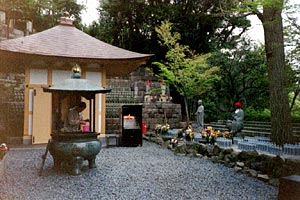 Started to build private practice in Holistic Massage at FF.

1990 Started informal training as Massage Practitioner at FF, having signed approved Code of Ethics to work with clients.

Moved to live and work at FF.